The Grand Mosque of Yazd is one of the architectural and historical masterpieces of Iran, and it can be said that it has the highest minarets in the world. The construction of this magnificent mosque for centuries shines beyond the history of the civilization of this land. This mosque is one of the most beautiful mosques of the Timurid period, which is considered to be the most beautiful architectural masterpieces of the 9th century in terms of tiled roofs , minarets and inscriptions. The mosque was registered on the national list of national works.

If you’d like to visit one of the architectural and historical masterpieces of the world, contact Uppersia team. 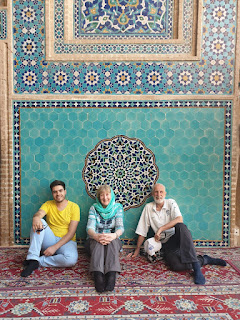