Walking through the streets of Iran in the afternoon is a popular activity for many travelers. In the night, monuments and museums are closed and the streets are crowded by the locals who are shopping and having fun especially in cities like Tehran and Shiraz with an alive nightlife.

Besides having a long walk and meeting the locals you can offer yourself a warm and delicious light snack usually found on downtown streets. Many kinds of street food are served on streets of Iran in different seasons of the year. Winter brings its own street food as well:

Ash:
No, of course it doesn’t mean dust and cinder! Ash is Iranian vegetable soup and is made in many diverse ways. I can count more than 20 types of Ash, cooked in different cities of Iran. “Ash Reshteh”, made with vegetables, beans and a kind of noodle and served while it is hot and steaming is the queen of winter street foods in Iran! If you were in Shiraz, trust me and taste “Ash Kardeh”, which is made with a sour wild plant called Kardeh.

Laboo:
Laboo is the beet roots which is boiled and then smoked on fire. The smoky taste of Laboo makes this sweet snack more exclusive and unforgettable. The vendors serve the fragrant purple Laboo while it is steamy and warm.

Shalgham:
For Iranian moms, Shalgham (boiled turnip) is a precious gift during winter! They believe that Shalgham magically cures any kind of tough flue. Shalgham almost tastes like cabbage and is a great snack after a long walk in a cold winter night. By the way, don’t forget to add black pepper to your Shalgham! 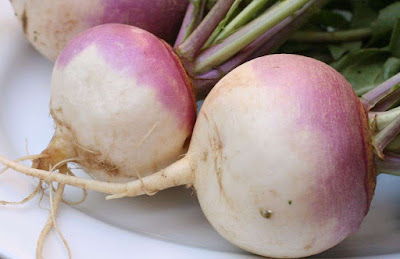 Chai (tea):
Oh, dear tea! Chai is absolutely the most popular Iranian drink, welcomed at any time of day and night and found in every corner of the city from the offices to family gatherings and of course on the streets. If you are so lucky you will have a cup of tea brewed on fire known as “Chai Doodi” (smoky tea). 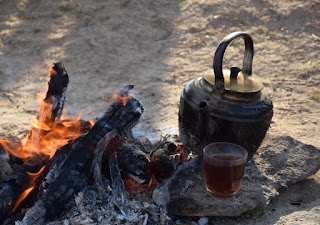 So, what is more fun than spending an hour among the warm hearted Iranians in a cold winter night and having some Iranian winter street food?
Posted by Unknown at 6:30 PM 8 comments:

Sadeh; the Zoroastrian festival of fire and light.

Sadeh festival is one of the ancient Iranian rituals that have been kept alive for millenniums and centuries. Sadeh, known as the festival of fire, warmth and light, is held on January 29th, 50 days before Nowruz (Persian New Year). On the day of Sadeh festival, the Zoroastrian people make a huge bonfire near their fire temple and worship God for granting them valuable fire that warms and brightens their hearts, lands and homes.

WFTGA convention (World Federation of Tourist Guide Association) is a nongovernmental tourism organization. The aim of founding this association is promoting and connecting tourist guides who are known as the ambassadors of each country's culture. This association has more than 200000 members from 70 countries.
Read more »
Posted by Unknown at 2:36 PM No comments:

Today, January 28th 2017, is the first day of Chinese New Year, known as the year of the Red Fire Rooster. Chinese New Year is one of the most important festivals held in many countries, including China, Taiwan, Nepal, Singapore, Indonesia, Mongolia, Philippine, Thailand and etc.

The antiquity of Chinese New Year festival dates back to 14th century B.C., when the Shang Dynasty was in power. Originally tied to the lunar-solar Chinese calendar, this festival also known as Spring Festival is time for family gatherings and wonderful symbolic festivals, like Lion dances, Dragon dances and giving red envelopes.

Uppersia team wishes all the best for all of our dear friends who are celebrating Chinese New year and hope that they have lots of fun during their holidays.

Posted by Unknown at 3:46 PM No comments:


The historical city of Birjand is laid in the heart of magnificent Lut Desert in the eastern lands of Iran. According to the remains of Zoroastrian fire temples and cemeteries, Birjand has been an important residence in desert since Sassanid era. This city has been an important area during Islamic dynasties, too. Birjand has been introduced as a town with numerous Qanats and castles in historical travel books.
Birjand Castle:

Birjand Castle is the largest historical monument of the city dating back to Safavid dynasty. Birjand castle, made of adobes, had been the center of the old city and was used as a refugee for the local people during Safavid and Qajar dynasty when the Turkmen and Uzbek invaders attacked their land. Some underground tunnels connected the castle to other parts of the city and a water mill and a granary were embedded inside the castle. The seven towers surrounding this castle were used for scouting around the city and providing safety of the people and the city.

Forg is another historical castle in the east of Birjand. This castle which is constructed with bricks and stones has been constructed during Afshari dynasty and is located over a mountain.

Chahkandok Castle, Afzal Abad Castle and Noferest Castle are other historical castles around Birjand. Each one has its own architectural design and exclusivity that makes them worthy to visit for the enthusiasts of Persian history, architecture and culture.

Posted by Unknown at 5:27 PM No comments:

The historical village of Oraman.

Passing through the defiles and the roads hidden between the high mountains and madly beautiful landscapes of Kurdistan region in the west of Iran, which is a wild and untouched land, you will reach the ancient village of Oraman with its unique architecture. Being located at 1450 meter altitude with a pleasant and mountainous climate, the whole village is constructed on the sides of a narrow valley with over a 50° slope. Oraman is a very good sample of the villages with organic architecture and showing the connection between human and the nature. The residents of this village are busy with agriculture, animal husbandry and producing handicrafts, like rugs, kilims and a kind of shoe named “Giveh”. Their folklore music, fictions and oral literature have a special place in their society.

Oraman village is where the thousand-year-old ritual of “Pir Shalyar” is held every year. This fantastic and ancient ceremony is held twice a year in February and May.

What exactly is the Pir Shalyar ritual?

According to the folk fictions told by the locals, a great man named “Pir Shalyar” lived in this area and was known as the savior of the patients. He helped all the poor people and cured many of the people in this region. One of his biggest marvels was curing “Shah Bahar”, the daughter of Bukhara's king, who was deaf and mute and all the other physicians failed to help her. The King of Bukhara arranged a very big ceremony and announced that “Pir Shalyar” is the one man who can marry his daughter. This spiritual ritual is known to be the anniversary of  Pir Shalyar's wedding.

On the day of Pir Shalyar ceremony, all the residents of Oraman gather in a garden and perform a fabulous Daf  that tickles every visitor’s soul. Daf is a percussion musical instrument that is so popular among the Kurd people. This music is so strong that entices the locals to start a special and symbolic Kurdish dance. They dance, pray and revive the memory of all the goodness and beneficence done by Pir Shalyar.

All the residents take part in preparing the ingredients, cooking and serving Ash (Iranian soup) and a special kind of bread.  Every year, despite the cold weather, rain and snow, many people from all over the world come to Oraman village on February 2 and 3 to be a part of this deep and original ceremony. Join Day tours of Uppersia in the weird land of Kurdistan and enjoy the magnificent Pir Shalyar ritual which is going to be held in about a week.

Iran’s Ministry of Foreign Affairs has announced that Urmia Airport in West Azerbaijan province has been recently added to the list of Iranian airports, issuing Visa on Arrival to the travelers.  An e-visa office is also inaugurated in this airport and as a result the travelers can easily receive their Iran Visa on Arrival in less than 5 minutes. So far, the airports in 6 cities of Iran, including Shiraz, Mashhad, Tehran (IKA and Mehr-Abad AirPort), Tabriz, Isfahan and Urmia are available for granting Visa on Arrival services.
Read more »
Posted by Unknown at 3:31 PM No comments:

Anyone seeking a new skiing destination with professional pistes will have Shemshak Ski Resort on their bucket list. Yes, we have got enough snow in Iran for skiing! Shemshak Ski resort in the north of Tehran, located on the heights of Alborz Range, is the second largest ski area in Iran after Dizin and is known as a popular hangout for advanced skiers. Skiing in Shemshak is like nothing you can experience in Iran! It is going to be so adventurous, thrilling and of course friendly.

What is awaiting you in the mythical and historical city of Bishapur?

Being constructed during Sassanid emperor, the mythical and historical city of Bishapur in Kazerun town of Fars province is one of the most glorious heritages of the ancient Iran. Bishapur was the capital of Shapour the Sassanid King, who fought against Romans for three times. The two-hour route between Shiraz and Bishapour is a magically beautiful road passing through valleys, very high rock mountains and then vast plains covered with wild almond trees and evergreen palm groves.

Bishapur is a 200 hectares ancient city with remains of palaces and rooms made with stones and mortar which is a Sassanid invention. Small domes and curved arcs, known as the gifts from Sassanid era to Iranian architecture, are widely seen in the area.

How to explore Iran in 7 days.


Many of the travelers who are interested in visiting Iran, think that more than 10-12 days are needed for exploring this country and this might make them withdraw from this trip. But it is interesting to know that the one week Iran Salam Trip is one of the most popular tours of Uppersia. In this tour you will see fabulous highlights of Tehran, Shiraz and Isfahan (the most touristic cities of Iran) in only seven days:

Visit best museums of Iran and Qajarid palaces, like Iran’s National Museum, Iran Jewels Museum and Golestan palace, which is a world heritage site in Tehran, capital of Iran.

Then fly to Shiraz, which is known as the cultural capital of Iran. You should have guessed what is waiting for you in Shiraz! The glorious Persepolis which is one of the most important world heritage sites, the great Necropolis and Pasargadae. You will also visit the beautiful monuments of Zandiyeh dynasty, like the colorful and the vibrant Vakil Bazaar.

In Isfahan you will be speechless by the dazzling mosques and their turquoise domes, the old bazar offering you a world of handicrafts and the world-known Naghah- e Jahan Square. Walk through monuments of Isfahan and touch the original Persia.

You can read about Iran Salam trip and check out its detailed itinerary on our website.

Posted by Unknown at 4:20 PM No comments: