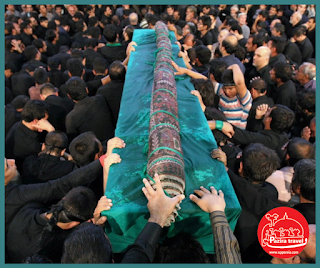 Qalischuyan ritual is practiced in Iran to honor the memory of Soltan Ali, a holy figure among the people of Kashan and Fin. This ritual is the only religious ceremony in Iran which history is in accordance with the solar calendar, not the lunar one. In the ritual, the coffin of Soltan Ali is symbolically moved by the natives of Fin villages. The symbolic coffin is bathed in a spring, then returned with religious and ritual observances.

The UNESCO has registered the ritual of the carpet washing in Mashhad Ardehal on the Representative List of the Intangible Cultural Heritage of Humanity.

People travel to the city of Kashan to mourn and represent this event each year on the second Friday of the Iranian month of Mehr.