The glory of Persepolis

Persepolis was one the most glorious cities of the antiquity and it was the ceremonial capital of the Achaemenid Empire. It exemplifies the Achaemenid style of architecture and UNESCO declared it a World Heritage Site in 1979. Because medieval Persians attributed the site to Jamshid, an Iranian mythological king, it has been referred to as Takht-e-Jamshid literally meaning "Throne of Jamshid". The buildings at Persepolis include three general groupings: military quarters, the treasury, and the reception halls and occasional houses for the King.

Uppersia would recommend you engage a local guide to explain the historic ancient city and the carvings found in the site. 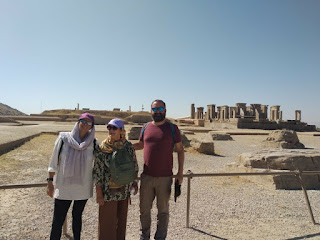