The Nasir Al Mulk Mosque, also known as the Pink Mosque, is located in the beautiful city of Shiraz. The  mosque is so stunning that when the light shines through its windows you will feel like you are in a rainbow. The Nasir Al-Mulk Mosque, also nick named the Pink Mosque due to the use of the pink tiles, creating the warm pink glow, is one of Iran’s most fascinating mosques, and for many their reason to visit Shiraz. 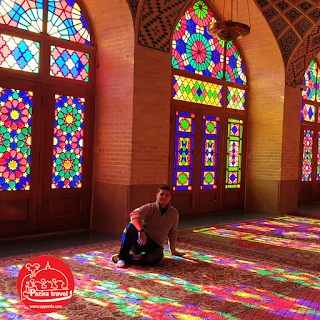