As the world's tallest brick tower, Gonbad-e Qabus is located in Golestan province north of Iran, dating back to the fourth century AD. The monument as an innovative example of Islamic architecture is constructed in Razi architectural style during the reign of the ruler, Qabus Ibne Voshmgir, and rises at a height of about 72 meters. With unglazed fired bricks, the tower was built on such a scientific and architectural design representing a special art and intricate geometric forms. With its Kufic inscription at the bottom, this tall tower makes the grave of the ruler Qabus Ibne Voshmgir. There is no other tomb tower in Iran of such massive proportions, and it is one of the unique monuments of the world. 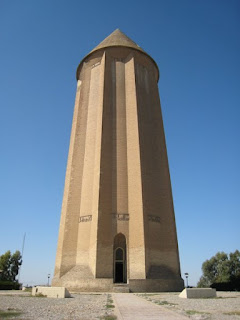