Wrestling is one of the most well-known sports that has been held in different forms since ancient times. On the vast continent of Asia, the sport of wrestling has always been popular among the tribes, but the prevalence of this sport in Mongolia - Japan, Iran and India - is still higher than in other parts of Asia. As the history of wrestling in Iran dates back to Safavid and Zandieh era, there are almost no tribes and villages and cities in Iran that are not familiar to this sport. Because of those sports' roots in the pre-Islamic Varzesh-e-Bastani tradition, Iranian might do particularly well in wrestling competion. Since old times in Iran, there have been wrestling and lifting athletics in every city and town who were known for their heroic and helpful ego, therefore wrestling has always been connected with morality and positive athletic behavior. 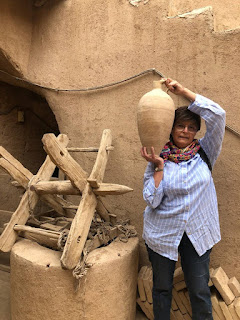