The national currency of any country is its general prestige and a common way to do business and trade with other countries ‘currencies. The most important currencies of Iran were the dinar, shahi, Quran in the form of coins, however, these were converted to bill notes in 1889 and issued and regulated by the Meli Bank of Iran. There are two common currencies in Iran, the Rial and Toman.

What is the difference between Rial and Toman?

One of the interesting things that the first time travelers to Iran face, is that Iran has two currencies. The regular currency is Iranian Rials, RLS, and the currency which people use informally is Toman. Each Toman is equal to 10 Rials. So, 1000 Tomans is equal to 10,000 Rials. Toman is used on a daily basis such as shopping and paying a taxi but Rial which is the printed currency is mostly used in banks. Recently, in December 2016, Iran's government has decided to omit the extra zero and change Iranian currency to Toman, which is more popular among the people. This plan is now under study by the economists and it will probably be approved. 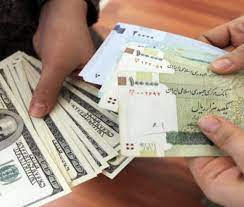