One of the greatest joys of traveling in Iran is to go walk its abundant night markets that open up at nights, with street food trucks and stalls across the capital, Tehran. These little pockets of night market are home to all the greatest street food Iran has to offer, and there are a ton of them you should try.

If you have the chance to travel around Iran, you can try street food rather having dinner in a restaurant. Every city you go, they have night markets with plenty of street food for one to try. Why settle for one dish when you can have 5.

Grilled liver and other kebabs

Liver food is a popular street food of Iranians, which was considered as a luxury and nutritious street food. The sale of this food was mostly done in recreational areas or some famous areas. Liver Sellers skewered some of the liver and grilled it. Also, very tasty kebabs are cooked.

Baked beans (Baghali Garmak), one of the most famous street foods in Iran

Another snack or in other words healthy snacks of the Iranian people is cooked beans. Hot beans are served in special containers. Then, special spices such as red pepper and thyme are used on it. The peak of bean sales is in the winter, when people are looking for a hot and tasty food.

As you know, beets and turnips are very suitable for treating diseases and colds in the cold season. In many cities of Iran, as soon as the weather cools down, beet sellers or turnip sellers take to the streets in their own carts. The beetroot cart is kept warm under charcoal or heating so that the beets do not cool down and cook slowly. 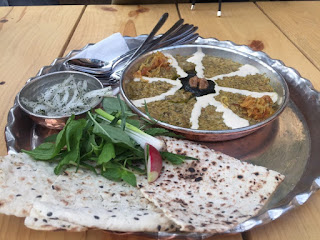 Experts believe that samosas first went to India from Iran and then re-entered the Iranian food culture. Samosas have many fans and are prepared differently in each city of Iran. Some people use fish, meat or poultry to make samosas. Others flavored vegetables and used them as ingredients in samosas

Falafel as a delicious, simple and light food that is offered to the customer at a more reasonable price than other foods. The most famous falafels belong to Khuzestan province, Ahvaz city. In Ahvaz, the business of selling falafel in different neighborhoods has grown so much and has been welcomed by the people of Ahvaz, travelers, students and others. 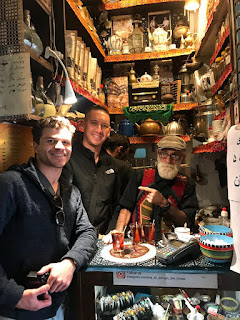